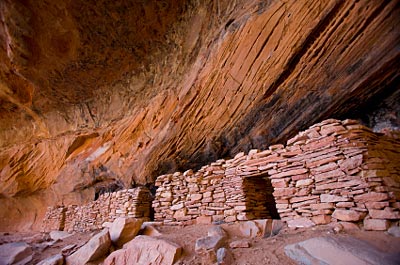 Millions of years ago, the area now known as Sedona was covered with sea. Ever so slowly with the gradual withdrawal of the waters combined with the earth’s powerful forces of upheaval, this masterpiece of nature was created. Sculpted by wind and erosion, the crimson monuments of vividly colored mesas were formed. Today Sedona is brightly adorned with panoramic beauty so unique it doesn’t exist anywhere else in the world.

The spectacle of Sedona is crystal clear, but the history of ancient inhabitants is a bit blurred over the last 10,000 years or so. Artifacts, prehistoric dwellings, petroglyphs and other archaeological evidence confirm that various civilizations lived in the Sedona area beginning in about 8,000 BC. Historians and researchers somewhat disagree on timelines of when these original “Native Americans” came, why they left and what happed to them.

Most believe that the first inhabitants migrated across land connecting Ancient Asia with North America. These nomads are now referred to as “Paleo Indians”. Evidence suggests that the “Anasazi Indians” came next followed by the Hohokam during the period of 500 AD to 700 AD.

The name Anasazi was coined by the Navajos and means “The ancient ones who weren’t us”. For mysterious reasons, the Anasazi left the area. The Hohokam introduced irrigation farming which is evidenced by ancient canals that still exist today. 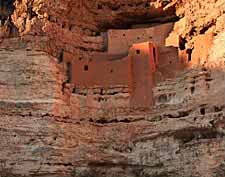 The Sinaqua Tribe which means “without water” in Spanish came to the Sedona area about 900-1000 AD. The Sinaquans are known to have been “dry farmers” (hence their name) and traded with other native groups some of which extended into South America. Many archaeologists believe that a gigantic volcanic eruption at about 1060 AD which formed the Sunset Crater forced the Sinaquans to flee the area. Others conclude that new war-like tribes attacked and forced them out for an extended period. Some evidence suggests that the volcanic ash created more fertile soils which enticed the return of the Sinaquans followed by the return of Anasazi remnants that taught the Sinaquans to build multi-storied dwellings into cliff-sides as defensive mechanisms. Some of these pueblo dwelling ruins still stand today at “ Montezuma Castle” and the “ Palatki Ruins”. 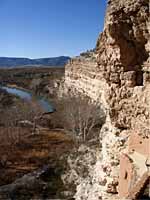 Quite suddenly around the 1300s, they seemed to have abandoned the area quickly. Some theorize that most were eliminated by other nearby inhabitants with other Sinaquans fleeing to subsequently meld with native inhabitants farther to the north.

Perhaps over an extended period of time, tribal segments branched off and integrated with other tribes and became the prehistoric ancestors of today’s various Indian Tribes in various parts of Arizona, Utah and New Mexico. Many researchers believe the Hopi Indians are descendants of the ancient Anasazi.

Who knows for sure what happened to the first “citizens of Sedona”, the Paleo, Anasazi, Hohokam and Sinaqua. Did they see the same Sedona we see today? Was it as beautiful then as it is today? That also we’ll never know. But we all are thankful for the treasures of artifacts they left us to enjoy and this spectacular place now called Sedona for the whole world to experience.

The quest for gold and silver riches brought Spanish explorers to the Sedona area in about 1583. It is believed that Antonio de Espejo was the first European to set foot in Sedona and what a sight it must have been. Antonio never discovered gold or silver but did discover the beauty that took nature millions of years to create. As did the first inhabitants, the Spanish left their contributions to history as well in the form of Colonial Architecture and descendents that have made a historical impact on all of Arizona.

Near the beginning of the 1900s, there were few Caucasian squatters in the Sedona area. One was T.C. Schnebly and his wife. T.C. petitioned the U.S. Postal Service to make a postal stop in the area. The post office needed a name and he suggested several which were rejected by the Postmaster General as being too long. Schnebly’s brother suggested submitting the name of T.C.’s wife. Her name was “Sedona” and the rest is history.

Apples and peaches were Sedona’s first main industry. Frank L. Pendley homesteaded land alongside Oak Creek and harnessed the water to irrigate his orchards. Today the original homestead is owned by the State Park system as “ Slide Rock State Park”. Yes, apple trees still produce delicious fruit that is sold to the visiting public to help cover the cost of administering the park. Old historic structures still reside in the park as a continuous reminder of years past.

Sedona was discovered by Hollywood in the 1950s. Its startling beauty and unique backdrop attracted movie producers that used Sedona as the setting for over 70 films. The Sedona secret was out. Gradually, Sedona became the getaway home of some of the world’s rich and famous.

Today, tourism is Sedona’s primary industry attracting over 4 million visitors a year second only to the Grand Canyon as Arizona’s most visited destination.

Dwell upon the ancient history of past civilizations. Imagine if they were here today to take one peek at what they discovered thousands of years ago. The coexistence of architecture that artfully blends with nature. The game of golf under the blue skies. The luxury resorts along the creek and mountainsides. The awe-inspiring attractions that entices the senses. And the joy of seeing their own ancient artifacts that confirms their prehistoric existence.

Thanks Paleo. Thanks Anasazi, Hohokam and Sinaqua. You served Sedona and the world well.